New Studio Gives Longtime Dance, Fitness Instructors a Home of their Own 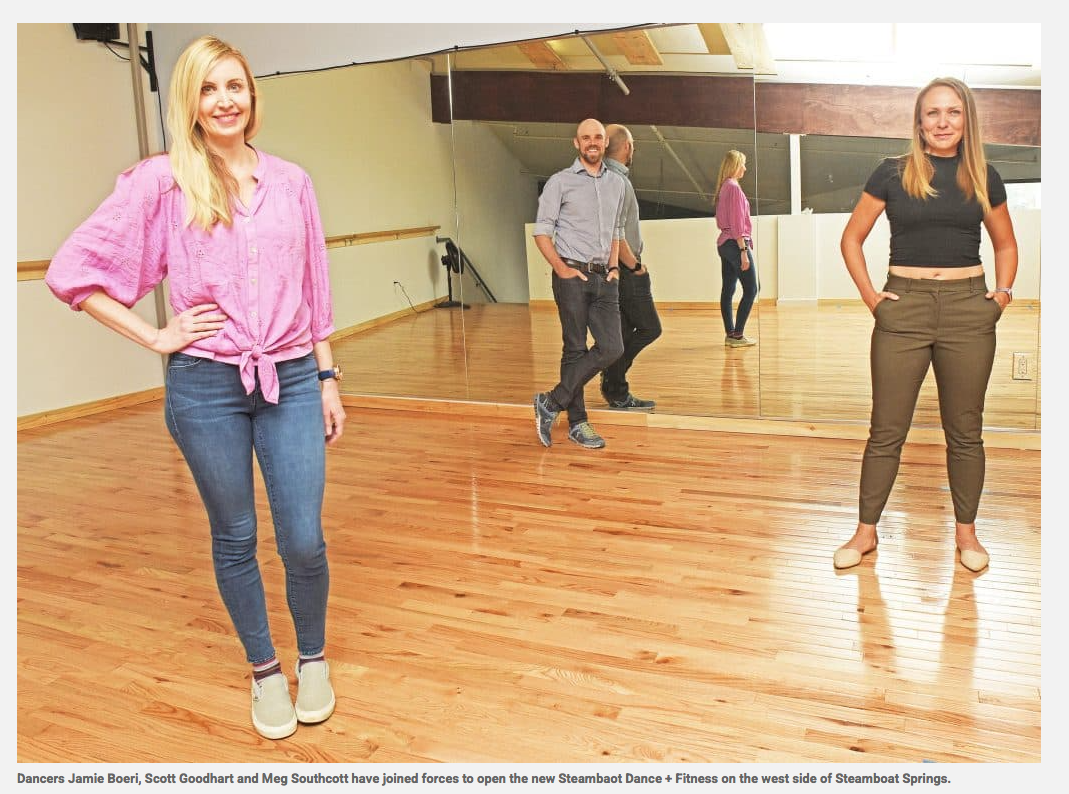 STEAMBOAT SPRINGS — The newest dance and fitness studio in Steamboat Springs was created by three, longtime instructors who are hoping their businesses have found a new home with a fresh and unique co-op concept.

“It is an anti-studio in the sense that it’s not that we’re all trying to be a conglomerate together to try to make money for one person,” said co-owner Jamie Boeri. “We’re all sort of making money for ourselves. It’s established businesses coming into their own and sharing a space.”

Boeri, who operates Bella Movement Dance and Fitness, has partnered with Scott Goodhart, who owns Goodhart’s Dancin Steamboat, and Meg Southcott, who owns Forty106 Dance Project, to open Steamboat Dance + Fitness at 1955 Bridge Lane in West Steamboat Springs. The three instructors will operate their own businesses under the same roof in the space, which includes two separate dance studios. When space allows, the owners will lease unused space to other local instructors for as long as they need it.

All three of us have a very established business and a strong following,” Boeri said. “We weren’t looking to hand that off to just any studio owner. … We wanted to make money for ourselves, to build our own brands and, of course, support each other in the process.”

When Meg Soutcott started Forty106 Dance Project, she created a contemporary/modern dance company aimed at fostering artistic and personal growth through dance, encouraging performing arts advocacy in the community and helping to establish Steamboat as an arts destination.

Southcott, who has a dance performance degree and a bachelor’s degree of fine art from Southern Methodist University in Dallas, founded Forty106 in 2018. That June, the company held one live performance, “Hurry Up and Wait,” at the Depot Arts Center. But due to space and trying survive in Steamboat, the company has not had another performance in Steamboat, but Southcott said one is in the works. She said the new studio space gives the company a place to call home.

“It allows people to come into the space to take class to either get back into dancing if they haven’t done it in a while, or explore something that they have been wanting to try forever and just haven’t felt comfortable or haven’t had the opportunity,” Southcott said. “This space allows that to happen. It will be a house for rehearsals and then open rehearsals and then eventually those rehearsals will lead to the performance.” 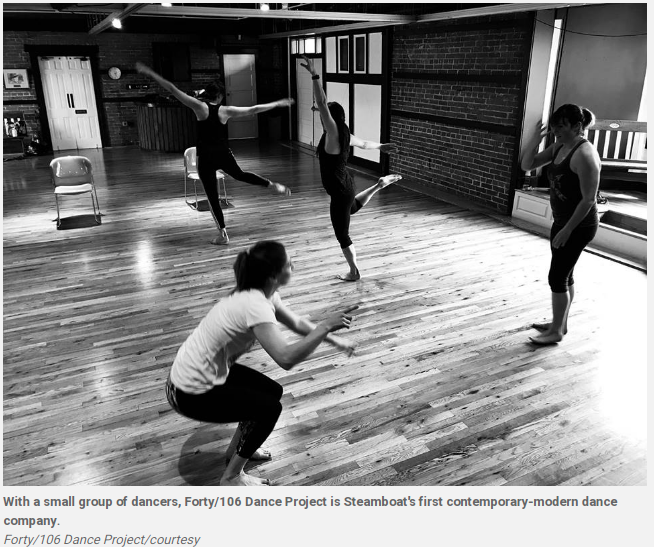 STEAMBOAT SPRINGS – The coordinates for Steamboat Springs are 40 degrees north, 106 degrees west. But for Meg Southcott, those set of numbers are much more than a location on a map.

“My heart is here, my dancing is here, I have allowed the name to reflect that,” Southcott said. “Since college, I’ve had the idea brewing in the back of my mind to start a company.”

“I decided it was time for me to make the move and just do it,” she said.

A choreographer at local dance studios, Southcott has also been involved with Steamboat Dance Theatre’s annual performances as a dancer, choreographer and one of the previous producers of the show.

Forty/106 Dance Project emerged from limitations she ran into creatively.

“Movement is what makes me comfortable,” Southcott said. “I like to tell stories with my movement. I like to create a landscape, set the mood and let the story unfold.”