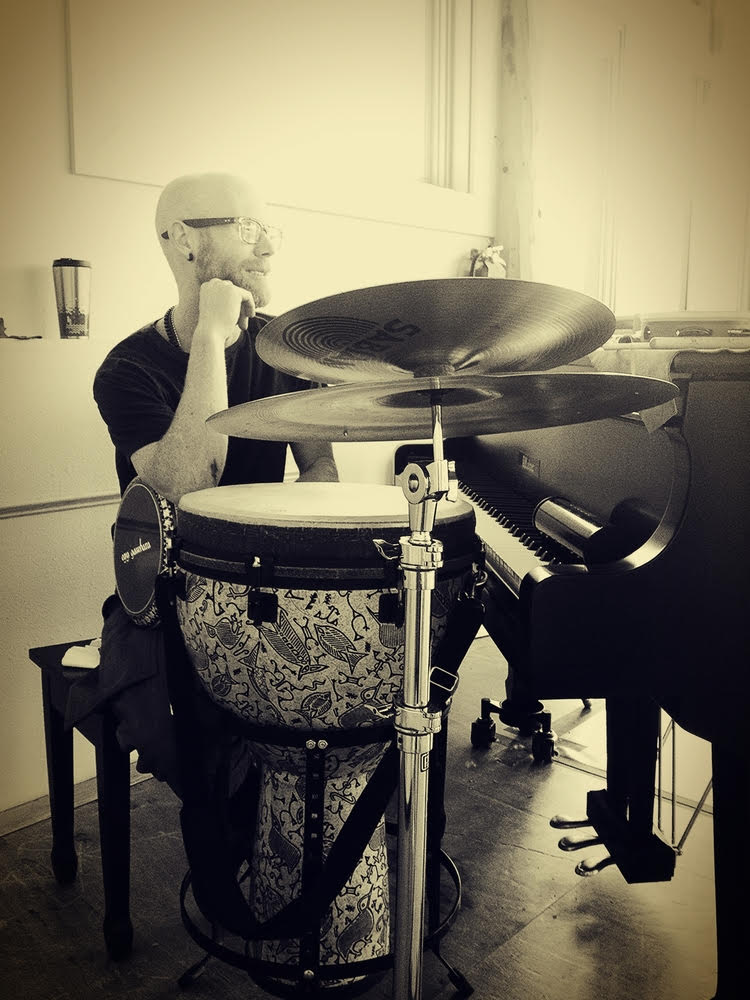 Kevin Sport is a percussionist/multi-instrumentalist whose diverse percussive talents have facilitated a musical life ranging from New York club dates to Cairo concert halls.   He has performed almost every genre of popular and art music imaginable, from middle-eastern dub to indie rock in clubs all over NYC, and with Turkish master drummer Bunyamin Olguncan at the American University in Cairo.

He worked for over 10 years as an accompanist for modern dance and movement classes in New York City, playing in studios including The Alvin Ailey School, The Martha Graham School and the J.K.O. School at American Ballet Theatre.  In addition to his studio work, Kevin has released two cd’s for a complete Martha Graham technique class, Hidden Language and Sacred Garment and one cd for a complete Horton technique class, Power and Space.  All three titles are in use in dance studios literally around the world.

He has worked as a musician in the dance department at Perry Mansfield since 2014.  After his third summer there he made the decision to relocate to Steamboat full time to pursue his art in the ever-inspiring landscape of the Yampa Valley.